The coronavirus pandemic wreaked havoc on Las Vegas restaurants that planned to open in 2020, with many pushing back plans to 2021. Virgin Hotels moved it opening along with 12 food and beverage outlets to spring, while Area15, the entertainment complex west of the Strip, delayed some of its bigger outlets to January. Others like Delilah at Wynn Las Vegas await a time when entertainment mixed with dining can safely return, while still more may never debut in Las Vegas. Off the Strip, Jet Tilas’ Dragon Tiger Noodle Co., Hawaiian casual sensation Zippy’s, and California’s deli The Hat all had plans to open. One of those three probably won’t make a debut in 2021.

Here, a look at 25 restaurants and bars that planned to open in 2020, and what their plans are for the future. Plus, one restaurant that opened in 2020 ever so briefly and when diners can plan to eat there.

The upper bar at Delilah

The restaurant is ready to open with construction complete, just awaiting a time when entertainment and dining together can safely take place.

• All Coverage of Delilah [ELV] Acclaimed chef Thomas Keller, who already has Bouchon Bistro and three Bouchon Bakery locations at the Venetian, turns his eye toward Wynn Las Vegas when he opens TAK Room. The resort announced that Keller — who has The French Laundry, Per Se, and The Surf Club Restaurant, in his portfolio of restaurants — takes over the former Country Club space overlooking the golf course. Construction permits show little movement on this project, which appears to be stalled for now. The TAK Room closed in New York City at Hudson Yards.

• All Coverage of TAK Room [ELV] 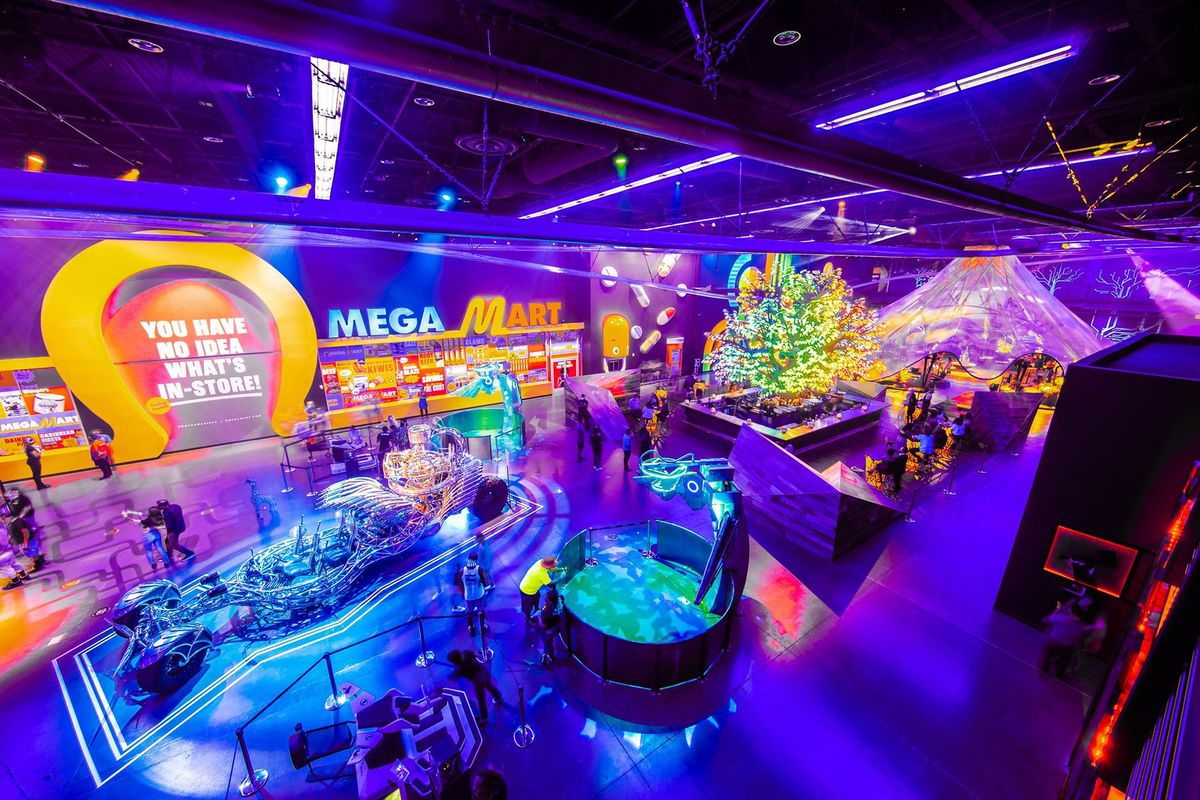 Yes, portions of Area15, the 200,000-square-foot retail and entertainment center west of I-15 with live events and art installations, opened to the public, but some venues await an unveil, such as The Beast Food Hall from chef Todd English. Still to come, Meow Wolf’s Omega Mart, a grocery store with zany items for sale, Lost Spirits Distillery, Emporium Bar & Arcade, Wink World, and the Intel Innovation Hub. Still more tenants plan to come on board in the months to come.

Those venues that did open include ice cream shop Emack & Bolios; cocktail and coffee bar Oddwood, highlighted by a 23-foot Japanese maple tree replete with twinkling LED lights; Rocket Fizz with nostalgic candies and sodas; and a lot of art. 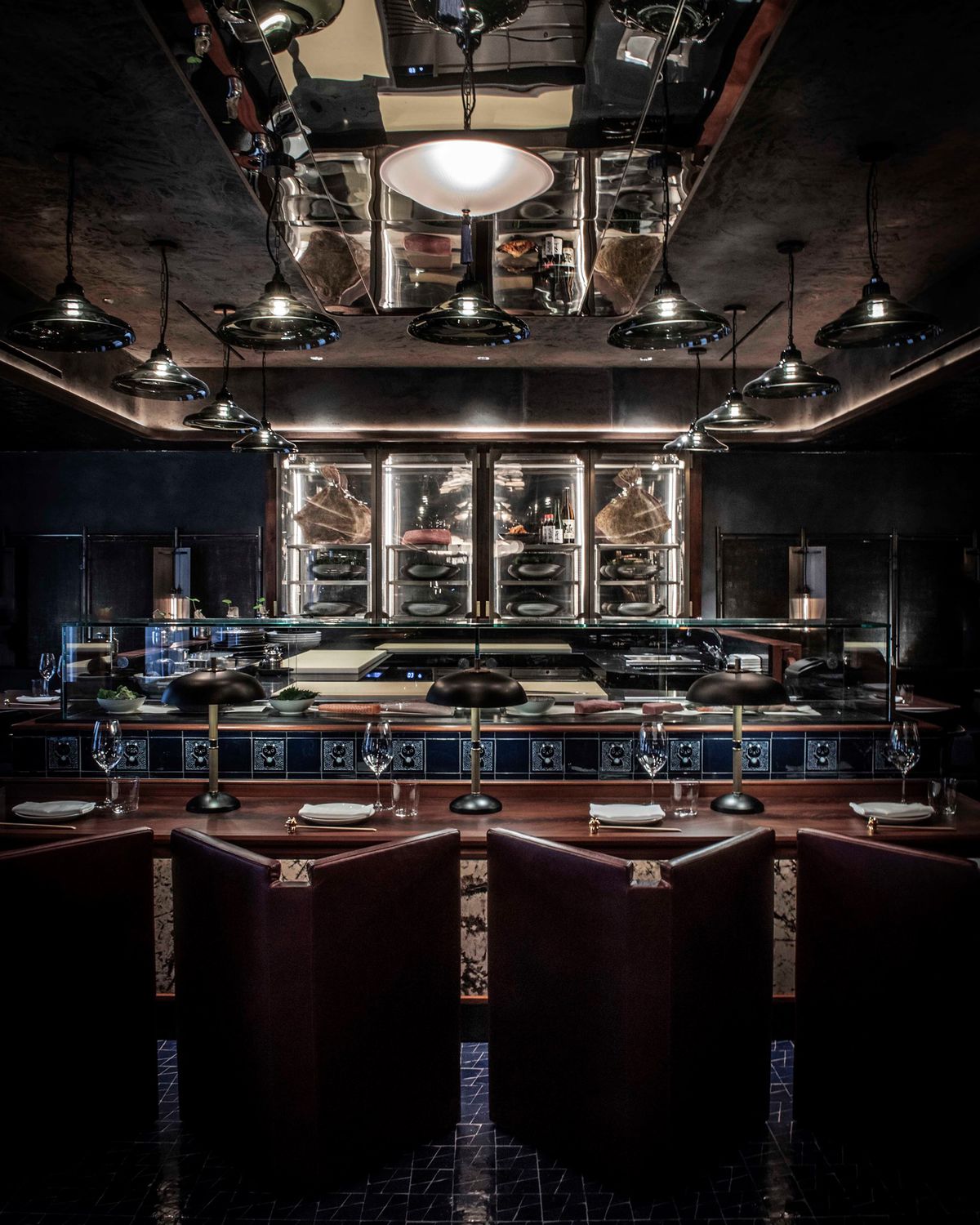 Lucky Cat in the Mayfair section of London

Gordon Ramsay, the chef behind five Las Vegas restaurants, announced a sixth, originally coming to the Strip in 2020. He planned to open Lucky Cat, the Asian “eating house” and late-night lounge he debuted in London’s Mayfair section in June 2019. The restaurant takes its inspiration from “drinking clubs of 1930s Tokyo and the Far East.” In London, the restaurant features small plates that Eater London describes as “almost exclusively Japanese.” Robata dishes, sushi, sashimi, seared meats, and cocktails from “the Far East” make up the menu with Japanese gins and more than 50 types of sake. Ramsay never announced a location for the restaurant in Las Vegas. 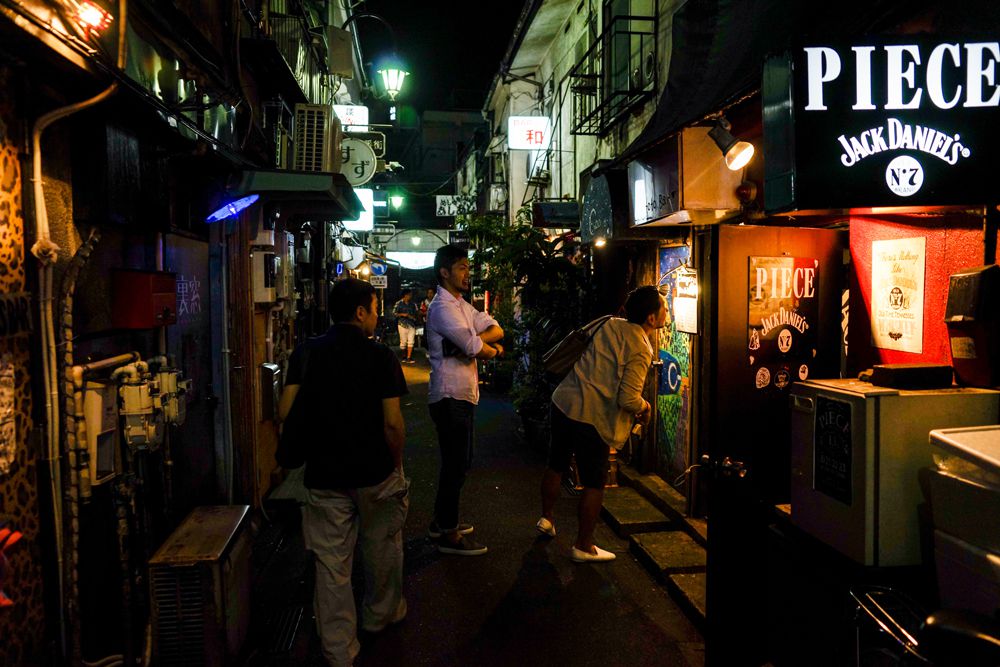 Golden Gai planned to take over an impressive 12,820-square-foot space at the Venetian, but the project hasn’t officially been announced by the property or the 50 Eggs brand. Already trademarked, the name Niku at Golden Gai has also been protected. Niku is the Japanese word for meat. Located close to Shinjuku in Tokyo, Japan, the namesake Golden Gai district hosts more than 200 diverse and eclectic tiny bars in a community contained within six short blocks. Most bars are only large enough for a handful of patrons, and the dark corridors and rundown atmosphere create a unique and hard-to-replicate experience. 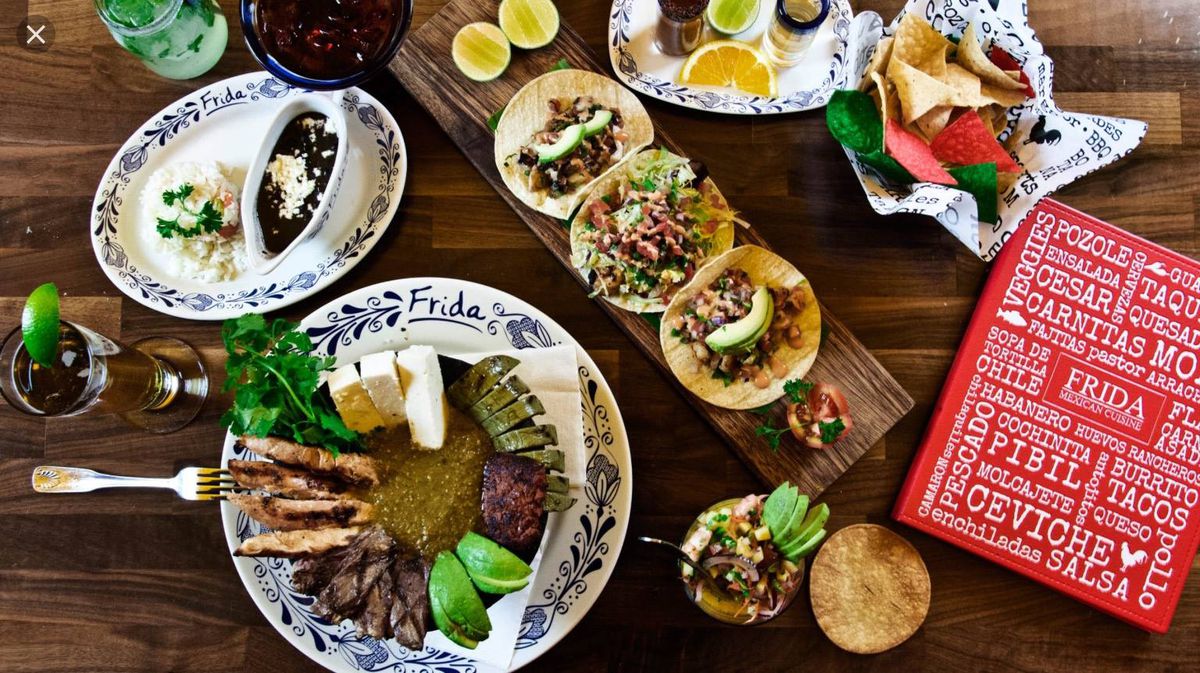 The self-described “best Mexican restaurant in Los Angeles” has yet to announce its first out-of-state expansion to Las Vegas, but plywood and construction paperwork reveal Frida Mexican Cuisine intends to make a big impression at the Forum Shops at Caesars. The brand promotes itself as an “ambassador to authentic, artisanal, and traditional Mexican cuisine” in Beverly Hills, Westwood, Torrance, Cerritos, and Sherman Oaks, California. In Las Vegas, the restaurant is also expected to be open for brunch, lunch, and dinner. 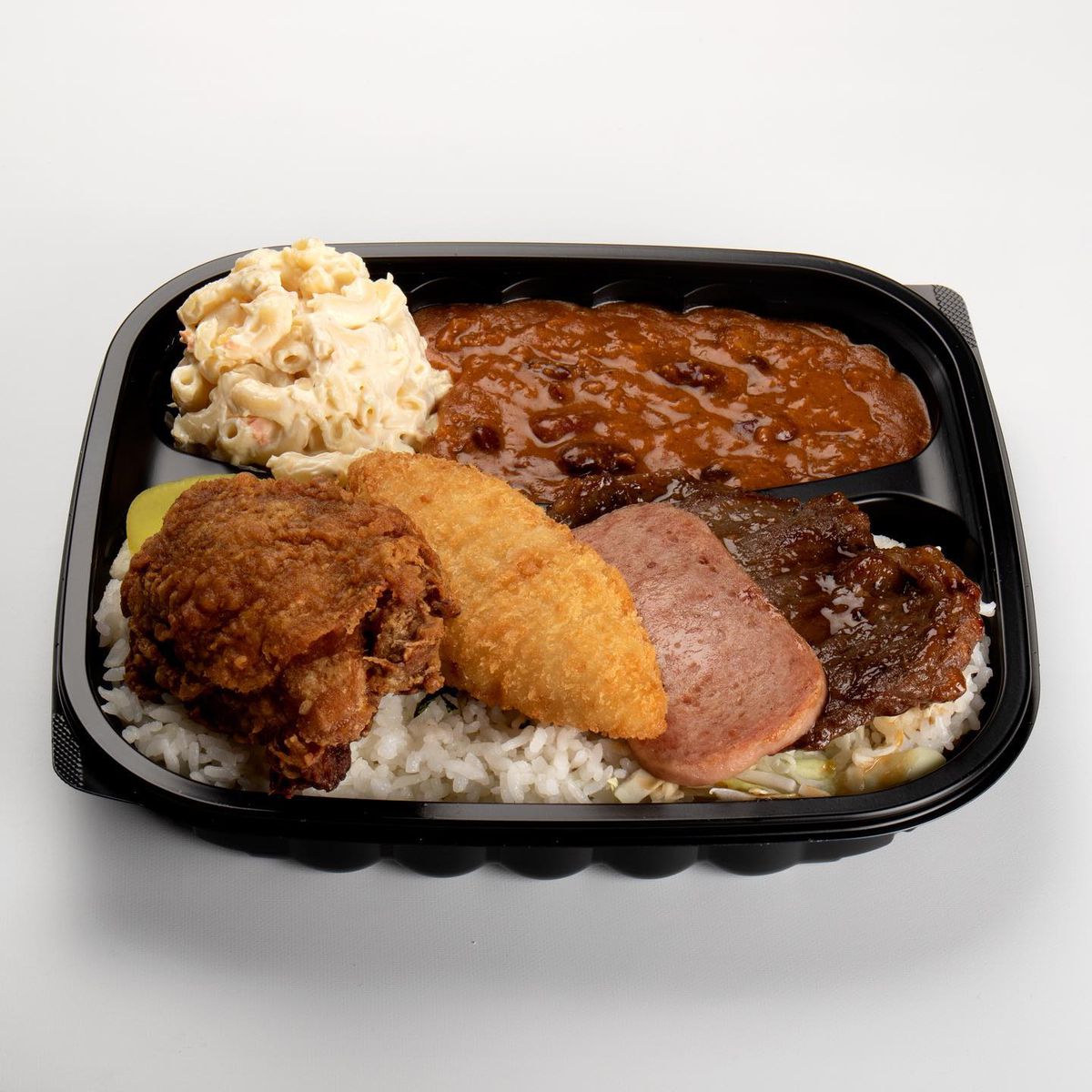 Location: The southeast corner of Badura Avenue and Montessouri Street, near Rainbow Boulevard

Hawaiian legend Zippy’s had big plans for Las Vegas, lining up a combination 7,000-square-foot restaurant with takeout and a retail bakery for a “third-quarter opening.” The huge facility will also include an additional 12,000-square-foot central kitchen and bakery, confirmed “to support (more Zippy’s) in other parts of Las Vegas.” Created in 1966, Zippy’s has evolved into a go-to destination for plate meals, the Zip Pac, created with fried chicken, hoki fish, teriyaki beef, and Spam served over rice, and its bestselling chili. Now it pushed back its 2020 plans to the first quarter of 2021, when construction could restart.

• All Coverage of Zippy’s [ELV] 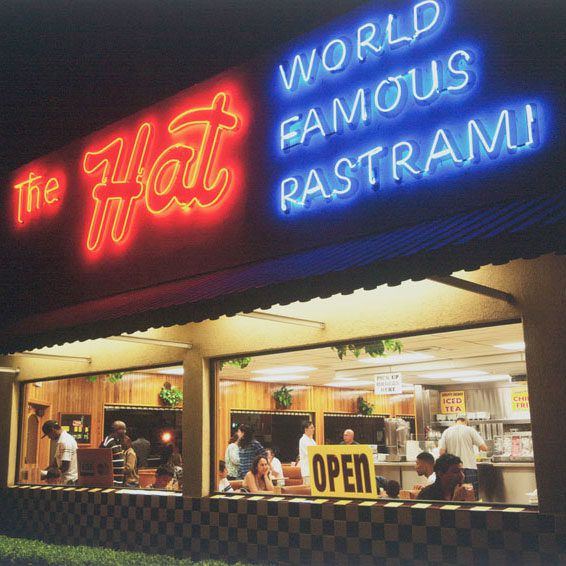 New Projected Opening: Signs are not good that this will open

Boasting “World Famous Pastrami” and a Southern California pedigree that stretches back to 1951, The Hat’s first out-of-state expansion planned a 2020 debut in Spring Valley. First revealed back in May 2019, pastrami dip sandwiches, chili fries, and hot dogs were moving into a 4,122-square-foot restaurant upgraded with an outdoor patio and drive-thru at 6239 S. Rainbow Blvd., close to the intersection with Sobb Avenue. The famed attraction is thinly sliced pastrami served on a French roll with mustard and pickle and dipped in the house recipe au jus. Also available, roast beef dips, burgers, cold sandwiches, fries with gravy, onion rings, and chili fries served with tomato and pickle. Zero movement on this permit during 2020.

• All Coverage of The Hat [ELV] 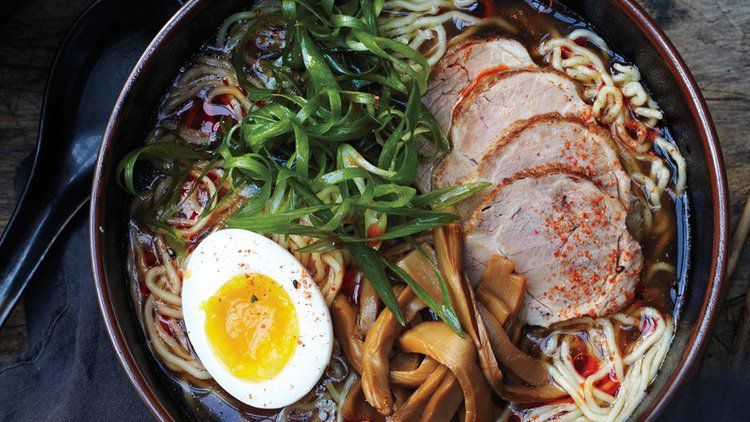 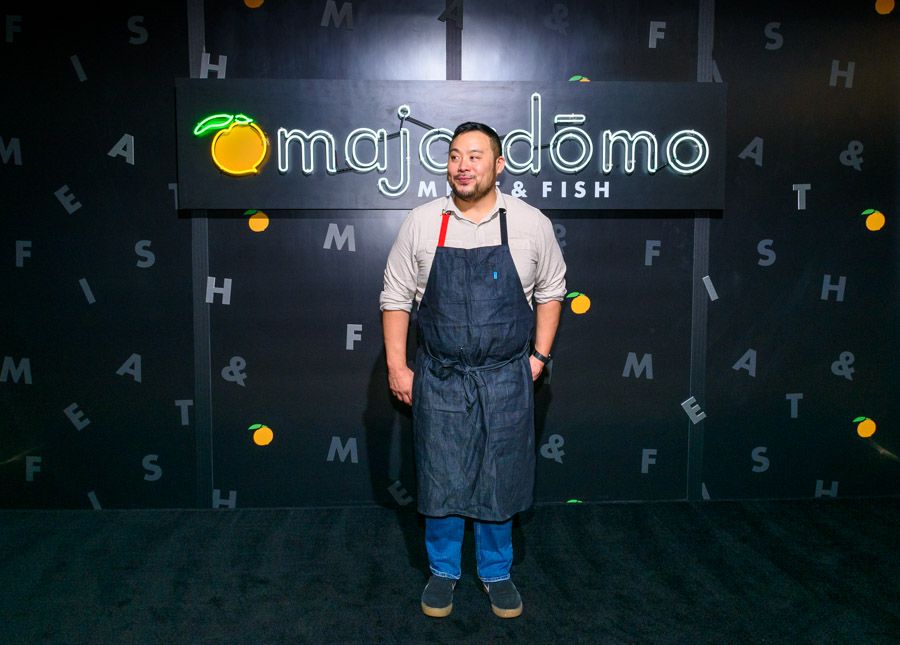 Location: Inside Majordomo Meat & Fish at the Palazzo

New Projected Opening: No plans for 2021

Chef and Ugly Delicious host David Chang announced he planned to open Siberia inside Majordomo Meat & Fish at the Palazzo. The restaurant planned to serve “an all-you-can-eat combination of Brazilian grilling techniques and Korean marinades.” At this point, Siberia probably won’t open.

• All Coverage of Siberia [ELV] 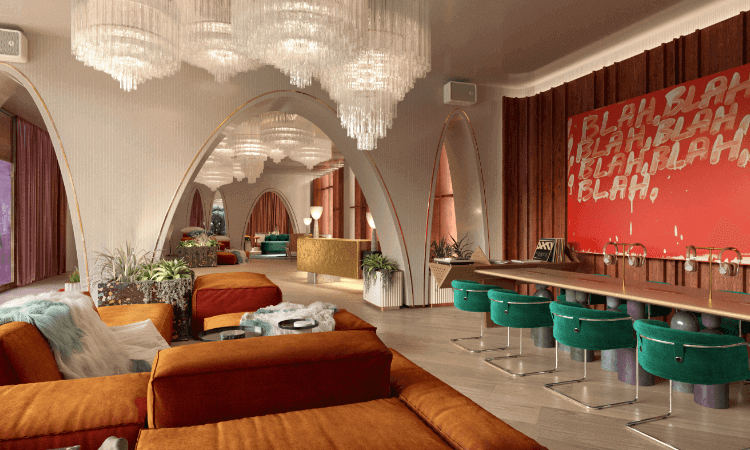 The lobby at Virgin Hotels

Virgin Hotels opens in 2021, and the resort continues to remodel the former Hard Rock Hotel on the east side of Las Vegas. Three hotel towers feature more than 1,500 rooms and suites; a 60,000-square-foot Mohegan Sun Casino, operated by Mohegan Gaming & Entertainment; a five-acre pool with an event lawn; live music with space for 4,500; a showroom for 650; and 12 food and beverage venues. Dining options include the return of Todd English’s Olives, Kris Yenbamroong’s Los Angeles Thai gem Night + Market, the legendary sushi restaurant Nobu, Michael and David Morton’s One Steakhouse, Kassi Beach Club from restaurateur Nick Mathers, Casa Calavera by Hakkasan Group, as well as the sports entertainment, daylife, and nightlife venue Money, Baby! from Clive Collective. Other outlets include Afters Ice Cream, Pizza Forte by the Ferraro family, and Virgin Hotels restaurants and bars including The Kitchen at Commons Club, The Bar at Commons Club, The Shag Room at Commons Club, and Funny Library Coffee Shop. 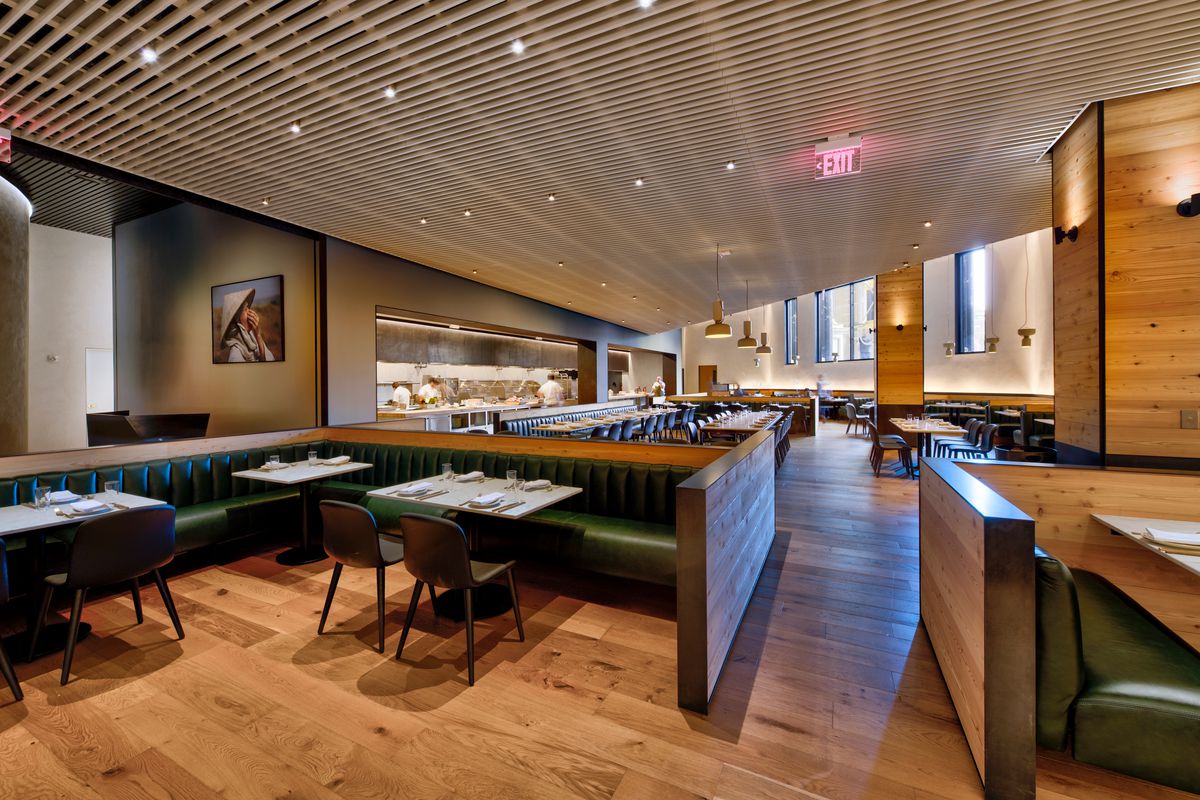 The lounge and dining room at The Slanted Door

San Francisco’s highly anticipated The Slanted Door did open in late February, but closed when the state shut down nonessential businesses in March 2020 to slow the spread of COVID-19. When the restaurant with its menu of modern Vietnamese fare reopens is unclear. Chef and owner Charles Phan previously said he was waiting for a vaccine to reopen.

• All Coverage of The Slanted Door [ELV]

Disclosure: David Chang is producing shows for Hulu in partnership with Vox Media Studios, part of Eater’s parent company, Vox Media. No Eater staff member is involved in the production of those shows, and this does not impact coverage on Eater.

• The Most Anticipated Las Vegas Restaurant Openings in 2020 [ELV]

• How Coronavirus Is Affecting Las Vegas Food and Restaurants [ELV]