A 24,000 square meter food hall with kitchens from all over the world is to be opened in Resorts World. Zouk Group, the Singapore-based nightlife and restaurant company behind Famous Foods Street Eats, calls the Food Hall an ode to hawker centers in Southeast Asia and pulls out some of their favorites to fill it up.

Famous Foods, which is right next to the resort’s casino opening this summer on the north end of the Las Vegas Strip, plans to showcase a cornucopia of Asian food with heaps of Michelin Bib Gourmands and Michelin Plates. Hong Kong dumplings, Philippine lechon, Thai beef noodle soup, and fried noodles are among the outdoor booths from Chef Marcus Samuelsson and DJ Steve Aoki among the 16 booths planned for the dining room, which includes a center bar and speakeasy.

Ah Chun Shandong Dumpling from Hong Kong, Bib Gourmand of a Michelin Guide from 2013 to 2021, serves traditional Shandong dumplings and hand-pulled noodle dishes that are freshly prepared every day.

Singapore’s Geylang Claypot Rice specializes in charred rice that is slowly cooked in clay pots and filled with marinated chicken, salted fish or Chinese sausage. The restaurant, founded more than 40 years ago, was awarded a Michelin plate in 2016. 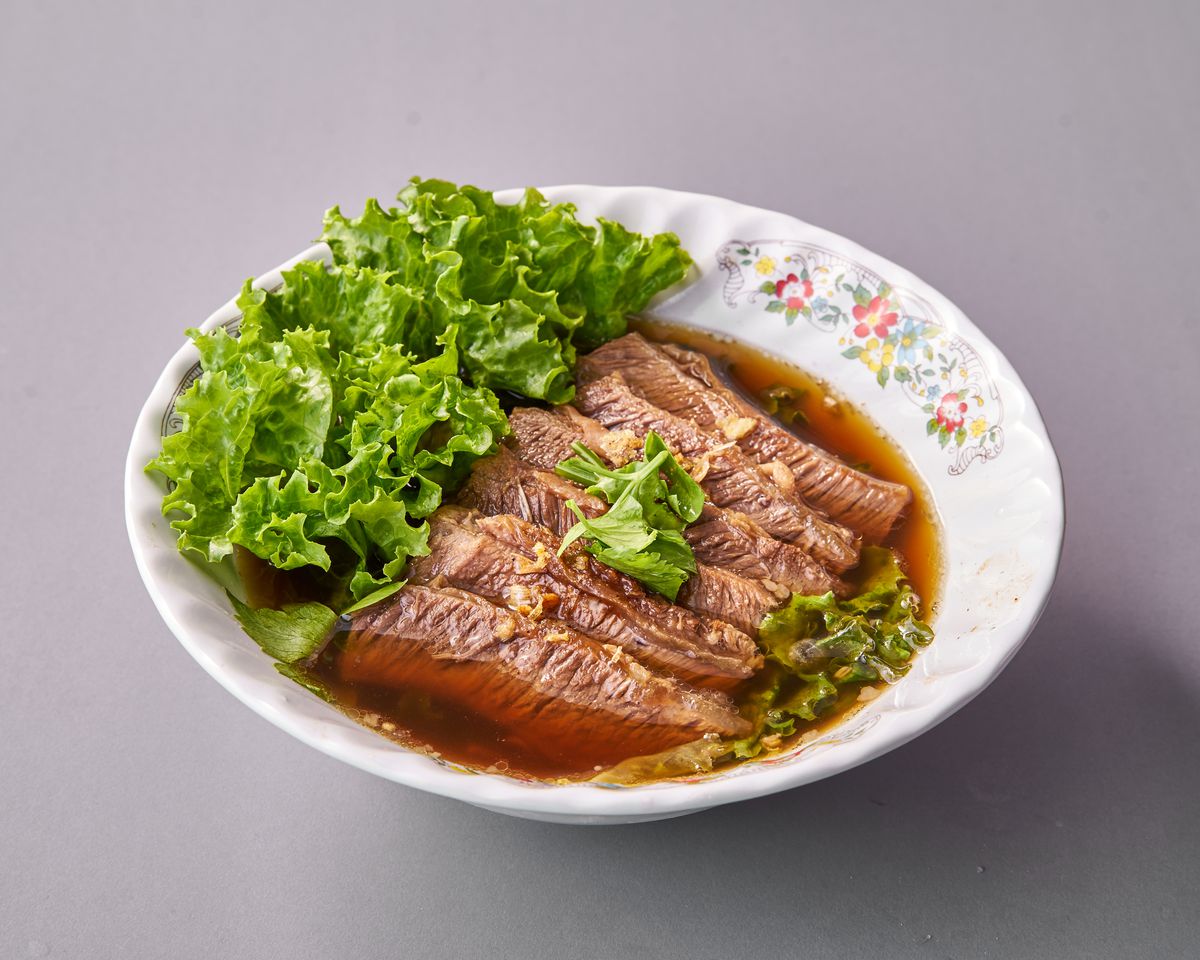 Bangkok, Thailand’s Ten Suns Braised Beef, features a Thai beef noodle shop that was awarded a Bib Gourmand by the Michelin Guide in 2019, 2020 and 2021. 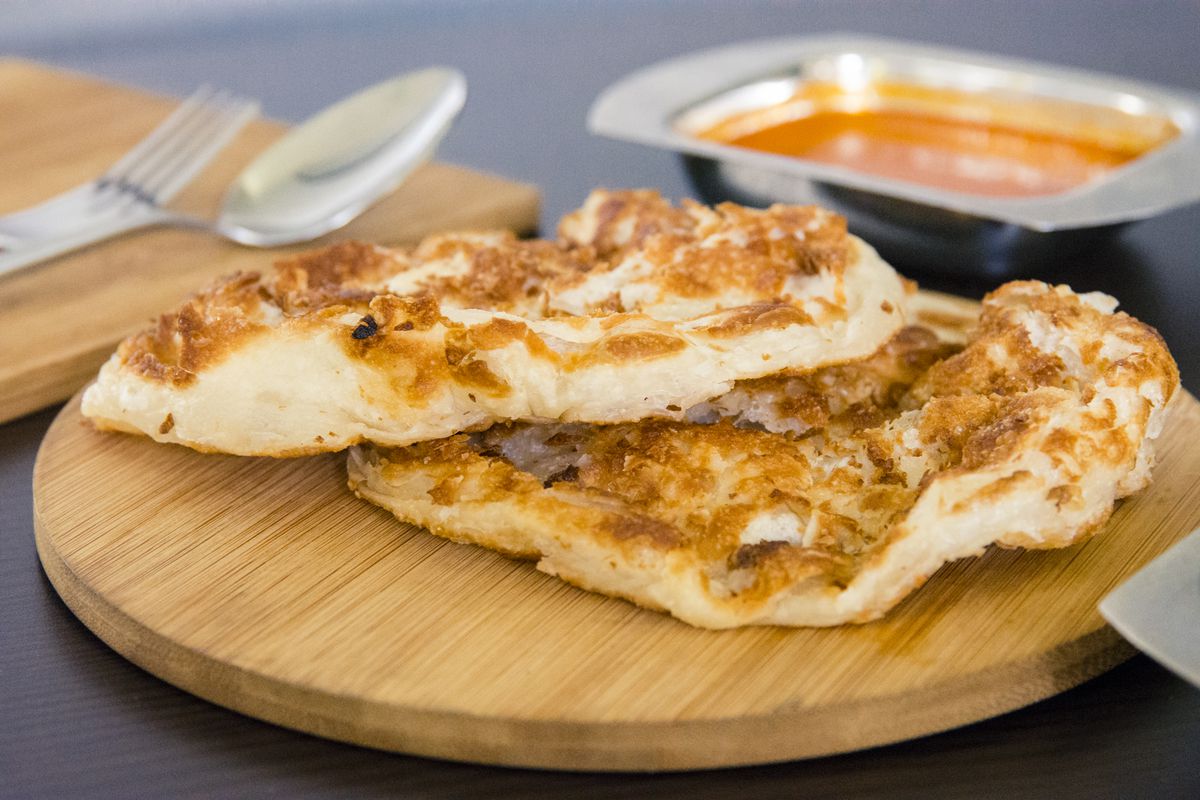 Deejay and producer Steve Aoki bring a Japanese and anime-inspired restaurant, Kuru Kuru Pa Yakitori, with his restaurateur brother Kevin Aoki, who plans to offer yakitori, kushiyaki and yaki onigiri along with drinks and mochi. 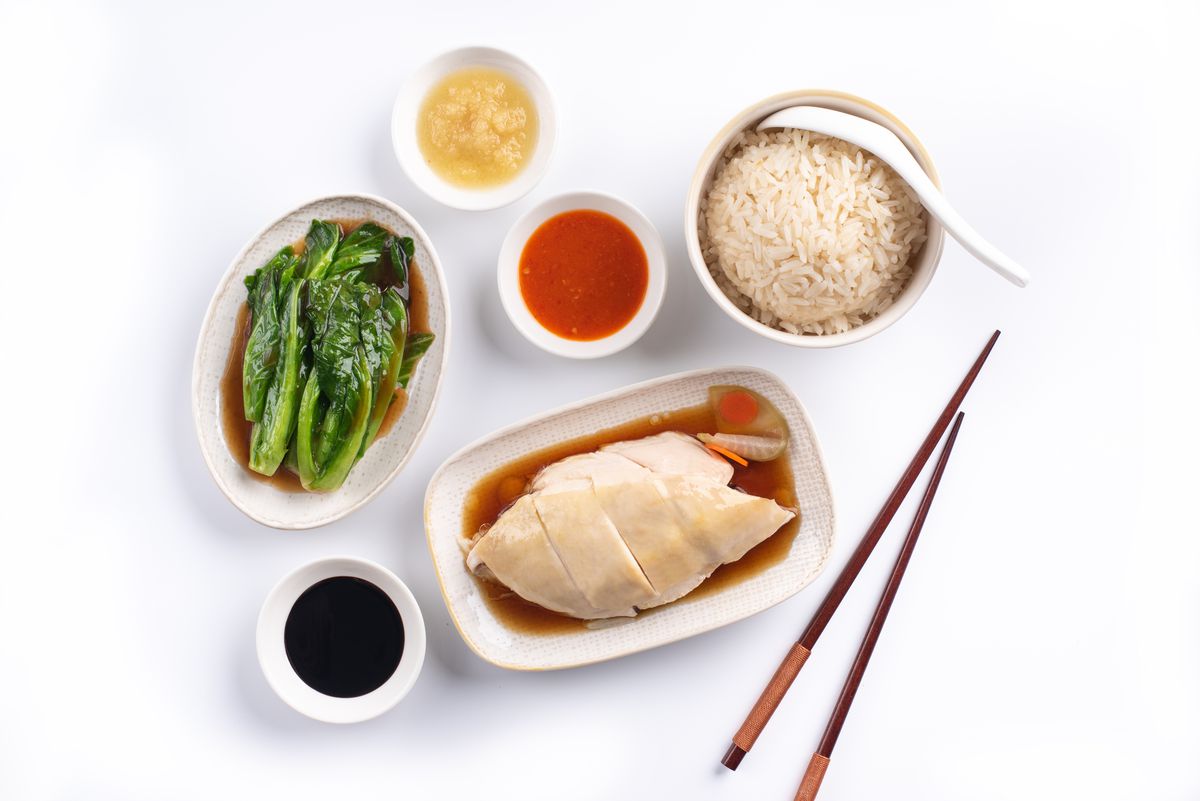 Other restaurants along the way include Boon Tong Kee, with recipes that have been made in Singapore’s Chinatown since 1979. This stall offers traditional Hainan chicken rice with poached chicken and rice cooked in chicken broth.

Manila’s Pepita’s Kitchen by the creator and owner Dedet de la Fuente, called Lechon Diva, became famous for its 12-course dinner for private tasting with its filled Lechon creations. At Resort’s World, she plans to offer a sample of Lechon staples.

Other options include the Mozz Bar, an Italian counter by James Beard Award finalist James Trees with fresh mozzarella and burrata, homemade bread, and sandwiches with chicken or eggplant parmesan. 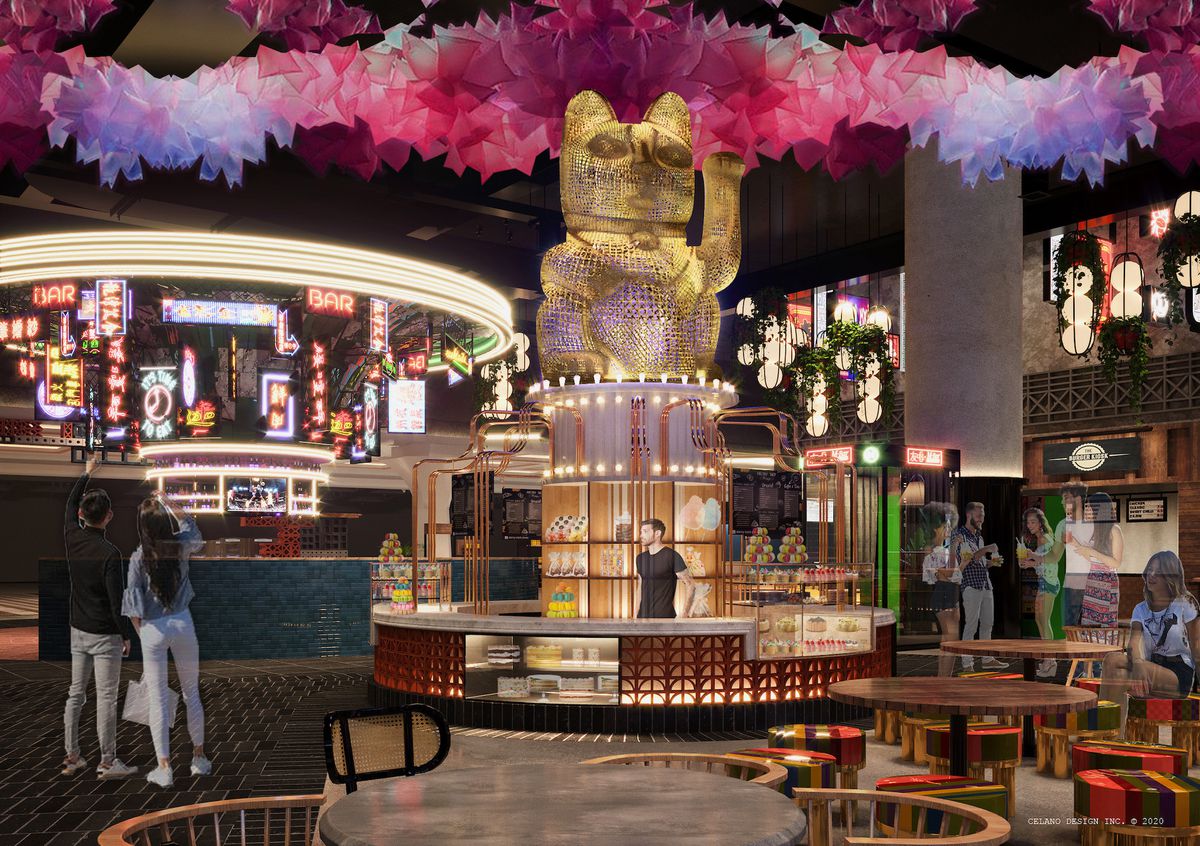 Dessert plans to serve gourmet cookies and packaged goodies from around the world.

Two bars also take over the space. The Famous Foods Center Bar has 16 seats with a self-poured and automated beer system that offers a selection of beers from around the world as well as cocktails and wines on tap. 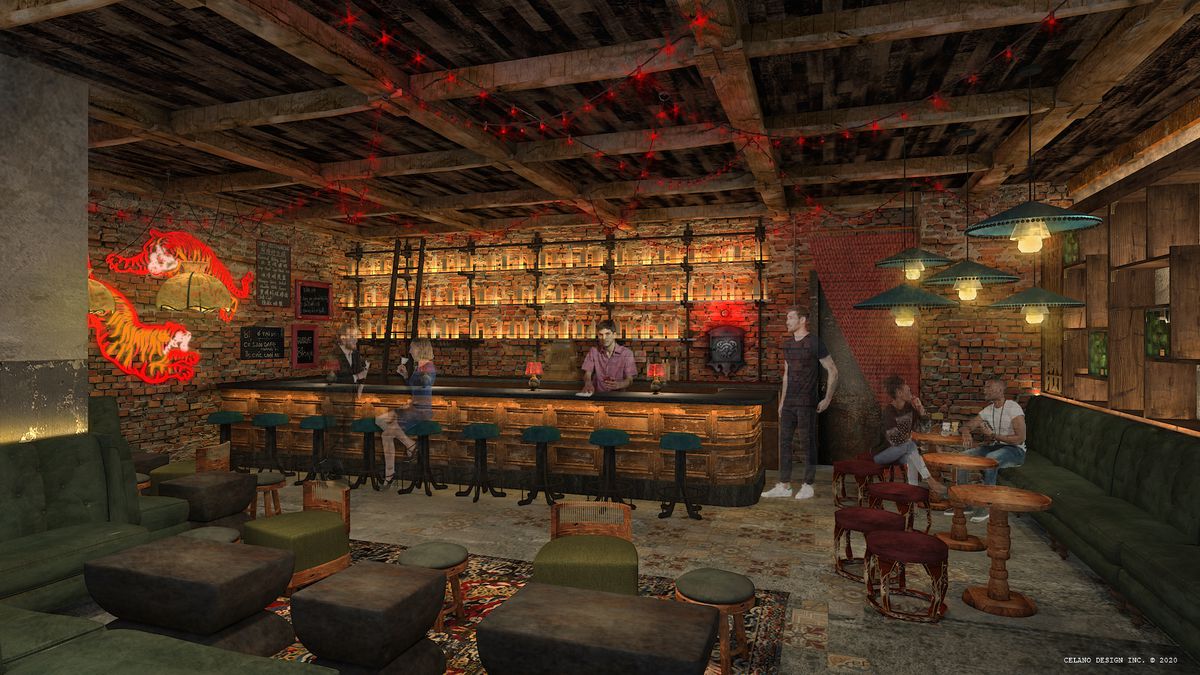 Eventually, Mamak plans to have a variety of stores in Singapore selling merchandise, snacks and souvenirs, including takeaway food sets, books and more. 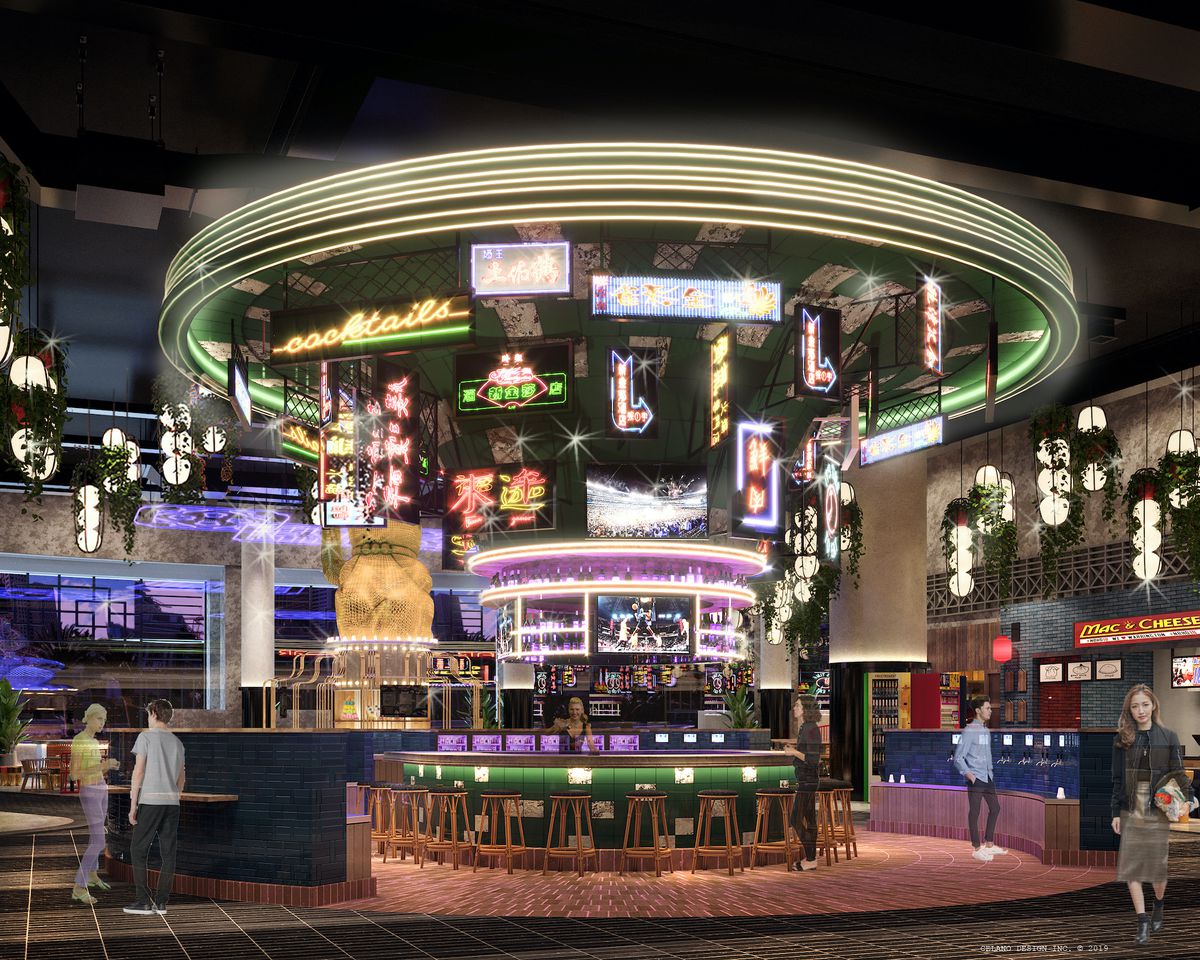 Famous Foods is located on the casino floor with neon signs and trinkets, plus an open seating area with floor-to-ceiling views of the Las Vegas Strip. Two commissioned works of art by Red Hong Yi, a popular Sino-Malaysian contemporary artist known for her mixed media, adorn the space, while a 10-foot-tall Lucky Cat sculpture made entirely of gold coins anchors the space and an eight-color mural made of 18,000 tea bags sits at the entrance.

Zouk Group’s CEO Hui Lim and CEO Andrew Li have already announced that they plan to open the Zouk Nightclub and Ayu Dayclub at the resort, as well as RedTail, a social gaming bar, and Fuhu with Asian food .

• All coverage of the resorts world [ELV]