The home arena of the Golden Knights, UFC and hundreds of concerts.

Five years ago, Las Vegas seemed the last thing in need of another arena. There were already two on the Strip (MGM Grand Garden Arena and Mandalay Bay Events Center), another off the Strip (Orleans Arena), and a fourth on the UNLV campus (Thomas & Mack Center). If you had to bring between 5,000 and 18,000 people under one roof, at least one of these places would do the job. Anything bigger (e.g. a U2 concert or a monster truck rally) could book the 40,000-seat Sam Boyd Stadium at the east end of the valley.

But Vegas lives by a certain philosophy: there is always room for more.

It’s hard to believe, but April 6th marks five years since T-Mobile Arena debuted with a grand opening ceremony that included performances by two Las Vegas favorites: The Killers and Wayne Newton. Guns n ‘Roses a few nights later played the first official date their long-awaited reunion tour “Not In This Lifetime” (which, interestingly, is also celebrating a fifth anniversary as it never seems to come to an end despite a hiatus during the pandemic).

Rock shows are cool, but there’s another reason the T-Mobile Arena mattered. Las Vegas wanted a major league sports team to call itself. Something big. Something that would add a new level of excitement to a tourist destination known for casinos, restaurants, and all kinds of entertainment imaginable. Less than three months after the T-Mobile Arena opened, the NHL announced that Las Vegas would be adding an expansion team the following year.

“The previous arenas are great, but they weren’t specifically designed for large professional sports teams or large national sports activities,” said George Kliavkoff, president of Entertainment & Sports at MGM Resorts. “And we designed the T-Mobile Arena specifically to host an NHL team – and an NBA team if that ever comes to town.” 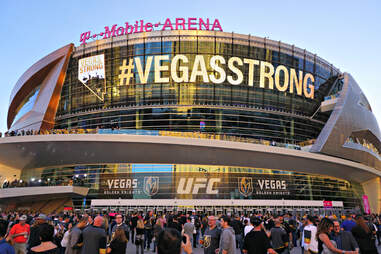 Bright lights and magic on the ice

The introduction of the Vegas Golden Knights sparked heated discussions about the logo, colors, and name. What was a “Golden Knight” anyway? And why is there no “Las” in formal branding?

But those debates about the sports bar almost instantly disappeared. The Vegas Golden Knights played their first official game at the T-Mobile Arena on October 10, 2017, nine days after the deadliest mass shootings in modern US history at a country music festival on the Strip killed 60 people and injured hundreds more.

As the Las Vegans gathered to donate blood, raise millions for the victims and their families, and deal with unimaginable heartache, the Golden Knights’ home season debut turned into something more. From the emotions of a pregame ceremony honoring victims and first responders to the amusement of the game itself, The T-Mobile Arena became a church that night. The Knights scored a 5-2 victory over the Colorado Avalanche – four of those goals were scored in the first 10 minutes of the game. The ovations for each score were a deafening release as the city bonded over something new to call itself.

The Vegas Golden Knights would continue to do what many thought was impossible, reaching the Stanley Cup Finals in their inaugural season. On the way to the T-Mobile Arena

became synonymous with local pride, confirming that community spirit could exist in a tourist destination known for its transient population. 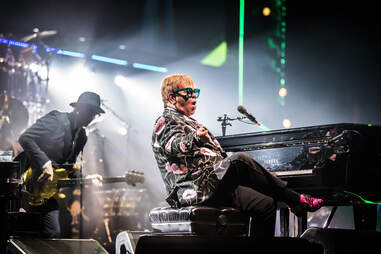 Development of the tourist market

The T-Mobile Arena cost $ 375 million to build and is located on 16 acres of the Las Vegas Strip. Five years later, the joint project between MGM Resorts and AEG (Anschutz Entertainment Group) still feels brand new. The lines are smooth. The colors are bright. The sound is incredible – and so is the atmosphere. The venue’s steep bowl design makes the cheap seats feel closer than they really are. This is Vegas, so the arena goes overboard with VIP options – for a premium, of course – including “bunker suites” under the lower bowl that open up with special access to the center of the first floor.

True to the Vegas shape, the T-Mobile Arena even has a residence. George Strait signs up for a weekend with appointments four times a year, which often coincides with holidays and rodeo events. So far, the country star has played 28 shows and sold 460,000 tickets.

As you’d expect, the T-Mobile Arena is the best place to see a fight in Vegas. It is the official home arena of the UFC and has hosted 16 mixed martial arts organization events. The venue is also responsible for eight championship boxing matches, including three of the five most successful events in Nevada’s history (Floyd Mayweather versus Conor McGregor and two bouts between Canelo Alvarez and Gennady Golovkin). 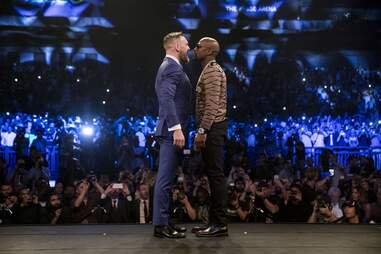 A break during the pandemic

Just over a year ago, T-Mobile Arena was in the middle of hosting the men’s Pac 12 basketball tournament when it had to close as part of the Nevada-wide shutdown to contain the spread of COVID-19. While the pandemic continued, the arena remained quiet for months.

But similar to the rest of Las Vegas, the T-Mobile Arena shows signs of life and plays a role in the early stages of a Sin City comeback story. Fans were allowed to return to the arena in February at 15% capacity – now it was 22%, equivalent to roughly 3,600 people per game, with season ticket holders being given first access.

“We hope that we can almost have a full house in the playoffs,” said Kliavkoff. “This is wishful thinking, but we hope it will happen.”

In addition to hockey, tickets are currently available for Justin Bieber (June 4th), Michael Buble (September 24th), Luke Combs (September 25th), My Chemical Romance (October 8th) and The Weeknd (April 23rd, 2022) . Note that all appointments can be postponed at any time.

UFC President Dana White has announced he won’t be returning to the T-Mobile Arena until fans are admitted to full capacity. The company currently has no restrictions scheduled for arenas in Florida and Texas. However, for the July 10 showdown between Conor McGregor and Dustin Poirier, it would make sense to plan a return to the T-Mobile Arena, which coincides with International Fight Week, a series of fan events traditionally held in July. “I hope so,” White said during one last press conference. “That is the plan.” 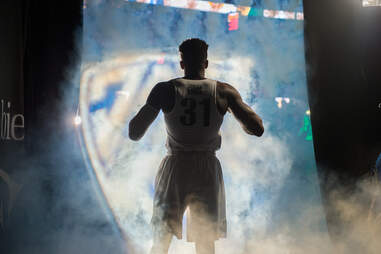 Betting on the future

The success of the Golden Knights and the T-Mobile Arena paved the way for even greater growth for the sport across Las Vegas. Most notably the construction of the 65,000-seat Allegiant stadium that the Raiders brought to the city last year. The stadium is currently Hosting tours and if all goes well, the first fans will be welcome for NFL games later this year.

Since the Golden Knights first hit the ice, we’ve also seen the arrival of the Aces from the WNBA at the Michelob Ultra Arena (formerly Mandalay Bay Events Center) and the Las Vegas Lights soccer team at Cashman Field. Meanwhile, the 51s, a small division baseball team, was renamed Aviators and moved to the new Las Vegas Ballpark in Summerlin. The Silver Knights ice hockey team (a subsidiary of the Golden Knights in the minor league) will play next year at the Orleans Arena with a dedicated venue for Henderson.

That’s a lot of sport in a short time. It’s a dramatic turnaround for Las Vegas, where legal betting has often been viewed as a stigma keeping professional sports leagues at bay.

Even college-level competition is just around the corner. The NCAA recently lifted its policy of banning championship games in states with legal single game sports betting. This opened the door for Nevada and T-Mobile Arena was named to host the West Regional (Sweet 16 and Elite 8 rounds) for the men’s basketball tournament in 2023, the first year of their eligibility. The venue will also welcome the “Frozen Four” of college ice hockey in 2026.

“I don’t think the city would have gotten these events if we hadn’t had the T-Mobile arena,” says Kliavkoff.

And ultimately, this could be the venue’s true legacy – opening the door to professional sports while building an already vibrant entertainment scene.

Rob Kachelriess has been writing about Las Vegas in Thrillist for over seven years. His work has also been featured in Travel + Leisure, Trivago Magazine, Sophisticated Living, Modern Luxury, Leafly, Las Vegas Magazine and other publications. He saves for bunker suite passes. Follow him on Twitter @rkachelriess.

There are plenty of take-away restaurants in Las Vegas