A new nonprofit run by a group of chefs hopes to help those in need of food in Las Vegas. Chefs4Vegas flourished during the coronavirus pandemic after Justin Franco, a chef who worked at the Tropicana, helped remove scraps of food from the resort. The state closed unnecessary businesses, including casinos and restaurants, in March, and most casinos donated groceries left in their empty kitchens to charity as no one knew how long they would be closed.

Jonathan Batista, who runs your Panadas Food Truck, thought the food might help him stay in business. Instead, he found that the resort and other places like Rich’s Foodservice and pantries had hundreds of pallets of groceries. So Batista and his friends decided to donate the food and find out how it could be distributed to those in need.

“In one hour we provided 367 families with boxes of real food,” he says of the first donation round in April. Filet mignon, chicken steak, fish, shrimp, dairy products, hash browns and more found their way to people in need.

They decided to keep reaching out to grocers who had to get rid of the product, and since April 22nd, they have been working with companies across town to donate 5 pound boxes of product, various proteins, and more. Initially, Chefs4Vegas offered a drive-by distribution in churches or community centers.

In May, during their fourth food drive, the chefs made donuts, packed 800 pizzas, and portioned food to be distributed at a community center in Vegas, according to Franco, president of the Las Vegas chapter of the American Culinary Federation. Another weekend, Mesquite delivered food that Batista says is undersupplied when it comes to food for the hungry.

Chefs4Vegas now receives around 1,500 boxes of food every day. “We distribute it to different churches and organizations. Instead of doing drive-by distribution for each family, we give it to the organization so that they can remove it from their facilities,” says Batista. “I think it’s a better game plan because I can help more people at the same time.”

The New York Empanada from Your Panadas Louiie Victa

Batista moved to Las Vegas two years ago to bring his empanadas into town on a food truck. Their panadas specialize in rolled hand-pastries filled with beef and Spanish chorizo ​​in the New Yorker, Sofrito chicken in the Latina, chicken in a chocolate barbecue sauce in the Chocolate Chicken BBQ and much more.

While the food truck with its empanadas is still parked all over town, Batista decided to open a ghost kitchen in September in order to reach more people. Now the ghost kitchen at Cut & Taste in southeast Las Vegas serves take-away empanadas, South Creole food, soups, chicken wings, and meal prep.

He teamed up with Jordon Dunewood, who worked in Robert Irvine’s public house at the Tropicana, to bring more food into the kitchen. Chef JD’s Taste Kitchen serves South Creole dishes such as fried chicken wings or a sandwich version, laden hangover tots with an egg with the sunny side up, a shrimp po’boy and his specialty, fried peach chicken. 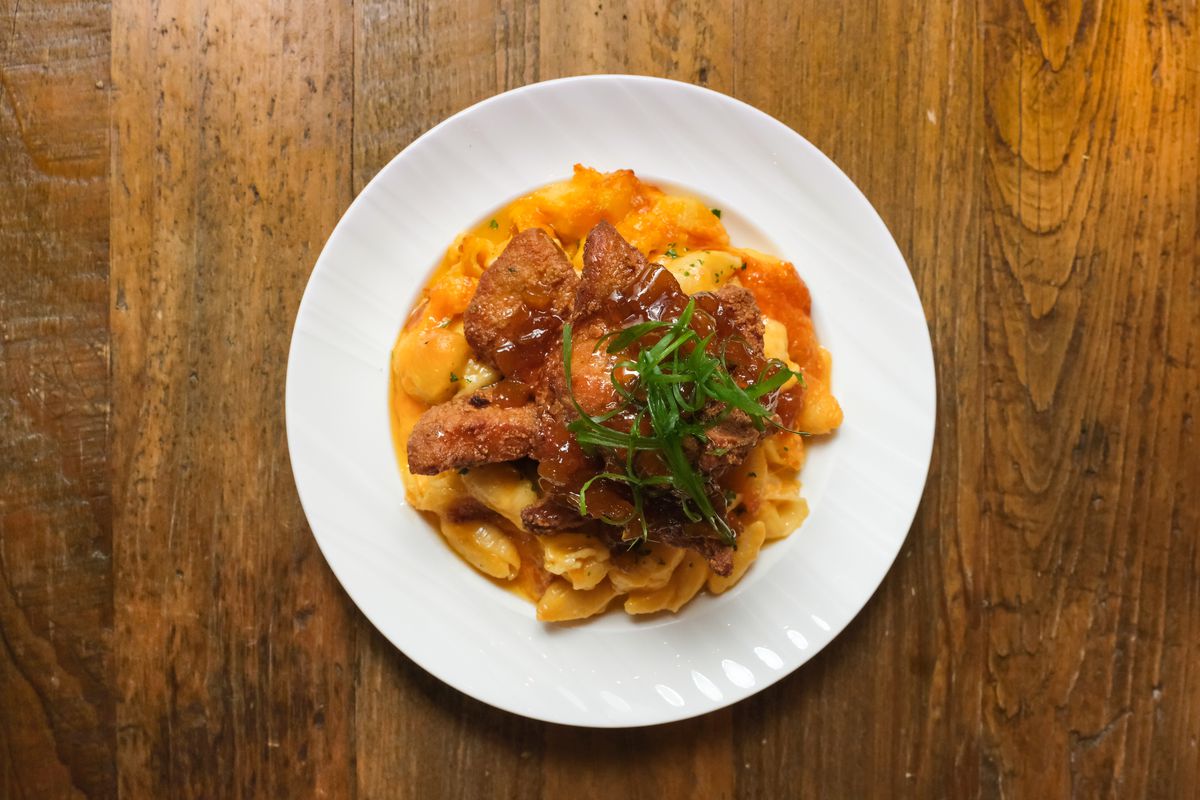 Currently, all three restaurants only offer take-away meals. Customers can call the ghost kitchen near Sunset Road and Eastern Avenue and request a menu to order from their cars.

The ghost kitchen is also home to The Fighting Chef, with food prep, and all of the money made from this company goes to Chefs4Vegas. For example, for US $ 130 for a week of eating, customers can buy menus of curry turkey over angel hair noodles, steamed broccoli and orzo noodles, or Southwest steak over sweet potato mash.

“We still do good food and people are very happy in this one McDonald’s area,” says Batista.