Las Vegas Sands is ready to bet more on China

Robert Goldstein joined Las Vegas Sands a quarter of a century ago and worked his way up to be the right man of billionaire founder Sheldon Adelson’s to make the company the world’s largest casino operator, with a market cap of $ 50 billion. “The greatest thing I learned from Sheldon was that when you have a vision and commitment to something and you strive for it, then you strive for it with all your heart, not half-heartedly,” Goldstein said in a Zoom interview this month Las Vegas. “The way you make a lot of money is to see something clearly and then not think about it. Invest a lot and get involved. Have a vision and fulfill it. Lots of people see things and don’t do anything about them. “

After the legendary Adelson passed away in January at the age of 87 due to complications related to the treatment of lymphoma, Goldstein – now Chairman and CEO – now brings that decisive spirit into the company himself. In March, Las Vegas Sands announced the sale of its Las Vegas real estate, including the landmark Venetian Resort and Sands Expo and Convention Center, to Apollo Global Management subsidiaries for $ 6.25 billion. “It wasn’t a bet against Las Vegas. It is a bet on better opportunities for capital and the use of capital, ”he said.

Where does Goldstein want to use this capital and this strength? “We are very focused on Asia,” he said. In a March statement, Goldstein called the division “the backbone” of the company. The Asia-Pacific region has become one of the world’s greatest creators of new wealth over the past two decades. It accounted for more than 40% of the record 2,755 members of the Forbes Billionaires List 2021 published last week, beating the US and Europe respectively. Goldstein sees great promise in Macau in particular. “We believe Macau and Asia will offer us huge returns.”

In the here and now, Asia is still battling Covid-19. Tourist travel to Macau is difficult for foreigners like in Singapore. However, mainland China, a major tourist source for Macau that has kept the pandemic under control, will quicken the pace of vaccination in the coming months and give the company and the region an even bigger boost than it already has, Goldstein believes. China yesterday underscored the country’s recovery, reporting an 18% year-over-year increase in GDP in the first quarter. Tourism to Singapore, where Las Vegas Sands is also investing, will take longer to recover as it relies on air travel as the main entry point, he said. Goldstein hasn’t been to Macau or Singapore for over a year.

Investors are optimistic about the stock and the recovery. On Thursday, Las Vegas Sands closed at $ 61.27 and rebounded from below $ 40 a year ago. “We anticipate a healthy and rapid fundamental upturn in Macau,” Deutsche Bank said in a broker report last month that set a price target of $ 73 for the stock. Trip.com, China’s largest online travel service, confirmed that optimism about Macau in a report this week, saying that bookings from the mainland were there before last year. (See post here.) Macau is currently the only outbound destination that doesn’t require residents of mainland China to conduct a 14-day quarantine on arrival and return, according to Trip.com.

Born to immigrant parents and raised in a poor part of Boston, Adelson showed early entrepreneurial flair as a street corner newspaper seller. He had early success in the computer exhibition business, founded Las Vegas Sands in 1988 and made the company one of the world’s largest convention organizers and pioneer of the “MICE” business (meetings, incentives, conferences and exhibitions). Adelson expanded overseas by opening Sands Macao in 2004. Today, Las Vegas Sands has the largest portfolio of properties on the Cotai Strip in Macau, including the Venetian Macau, the Plaza and Four Seasons Hotel Macau, the Sands Cotai Central and the Parisian Macau. It is one of six companies that own a casino license in Macau, along with MGM Resorts, Wynn Resorts, Melco Resorts, Galaxy Entertainment, and SJM Holdings. Sands China, the Macau-based Las Vegas Sands spin-off, raised $ 2.5 billion in an initial public offering and was listed on the Hong Kong Stock Exchange in 2009. Next, Adelson moved deeper into Asia with the opening of Marina Bay Sands in Singapore in 2010. Adelson received the 2007 Malcom S. Forbes Lifetime Achievement Award. In 2019, Las Vegas Sands profits soared to $ 2.7 billion from $ 2.4 billion a year earlier, and expansion was on the way with a recently announced $ 3.3 billion increase in investments in Singapore.

Then hit Covid-19. For 2020, the company had $ 1.7 billion in red ink. And this year the Sands lost Adelson. His fortune has been passed on to his wife, Miriam Adelson, 75, an Israel-born doctor specializing in drug addiction. The two were big donors for Donald Trump. Miriam has a fortune of $ 37.7 billion on Forbes today 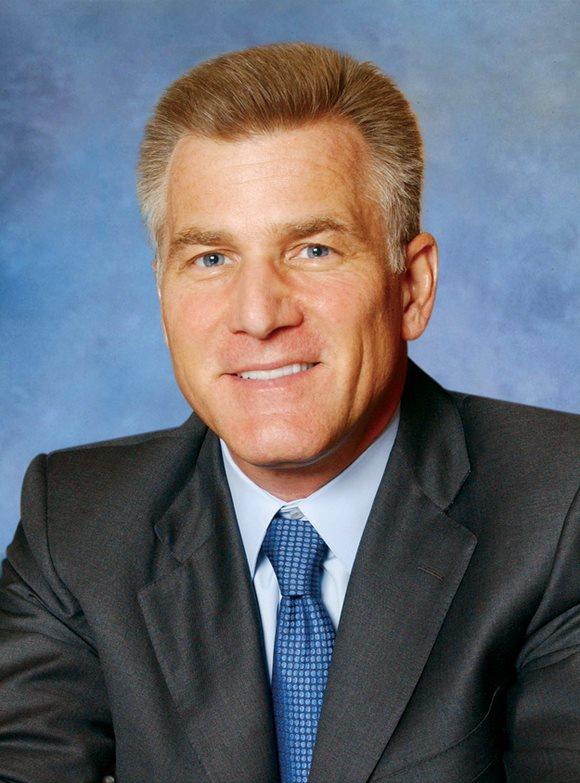 “We believe Macau and Asia will provide us with above-average returns,” said Robert Goldstein, CEO of Las Vegas Sands.

Now Goldstein, who was President and Chief Operating Officer of Las Vegas Sands at the time of Sheldon’s death, takes over the helm. He then rose to become chairman and CEO. Goldstein became President in January 2015 after having held various management positions in the US and Asia since joining the company in 1995. He graduated from the University of Pittsburgh, has a law degree from Temple University School of Law and continues to live in Las Vegas.

Why is Goldstein optimistic about Macau? Partly its location. The former Portuguese colony, which was returned to Chinese rule in 1999, is part of the doorstep of China, the world’s most populous nation and the second largest economy after the United States. Easy connections from Hong Kong Airport, by ferry from Hong Kong’s central financial center, or over a bridge connecting the two vibrant areas are a huge plus for tourism. “It’s been a tough year – no question about it,” said Goldstein, adding, “We feel very good about Macau’s future.”

Because of this, the CEO and Adelson student is keen to invest more. “Macau is a spectacular place, but it takes more. More bedrooms are needed. It takes more entertainment. It could take more golf, ”he said. “If I were in the position of government, I would want to make Macau the best business (and leisure) destination in Asia. It has the chance to be the best place in Asia. ”

“If the government agreed, we’d be excited to put a lot more money into Macau very quickly,” said Goldstein. It’s likely that the six other licensees at the casinos there feel the same way, he added. “You have six licensees who are eager to invest in Macau.” Sands China’s gaming license can be renewed next year. Goldstein is happy to be able to expand into non-gambling projects, he noted.

The nearby island of Hengqin is also promising for the region’s economy and tourism, he believes. “Hengqin would be a great place to develop. There is more land than there is in Macau. It really is up to the government to dictate what they want. You will find six avid investors if they want to develop it. “Overall, foreign investment in China rose nearly 40% to USD 45 billion in the first three months of the year from a low, Covid-influenced base in the previous year, the Commerce Department said on Thursday.

One notable difference between Macau and the US for Goldstein is the age range of its customers. “Our business is younger. We’re becoming younger, very wealthy, fashion-conscious (and) savvy customers there, ”he said. “You are very lifestyle-oriented”, a 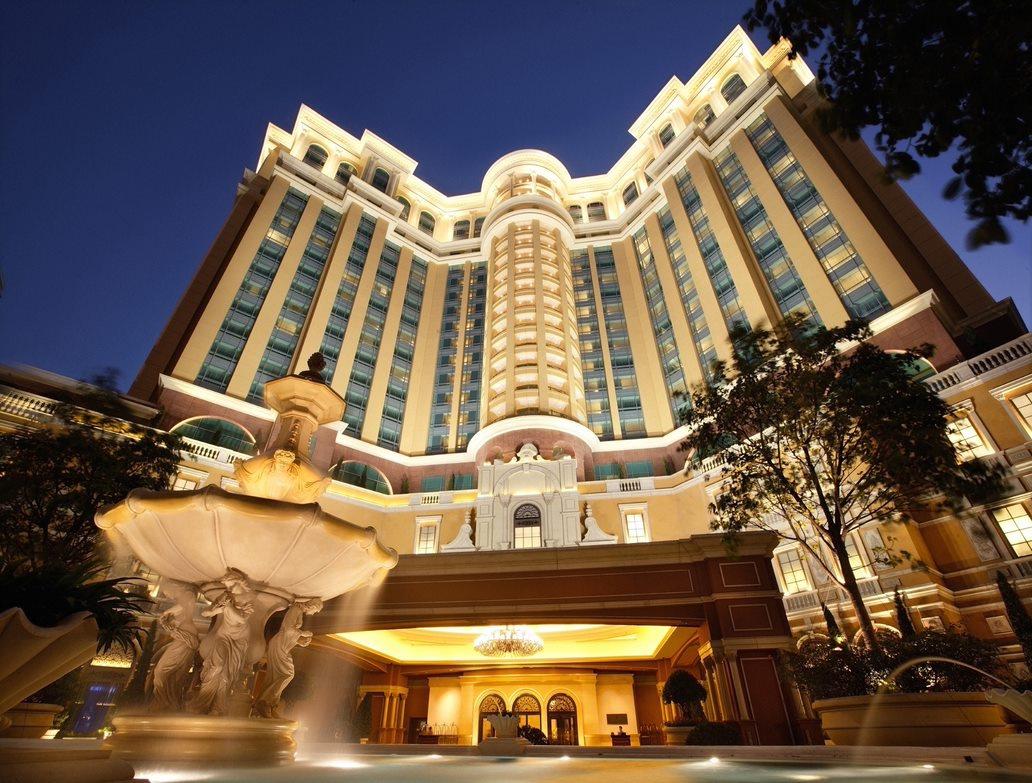 The Four Seasons Macao opened in 2020.

Preference that will help boost its retail business in Macau this year through the same period of 2019, the year before the pandemic that devastated global tourism in 2020. To reach this group, he said, “Digital communication is vital. You don’t buy billboards. “Your visits to Macau are” dependent not only on gambling but on every other aspect, “said Goldstein.

In contrast, Singapore could be ahead of growth longer. “It was an amazing success story,” he said before Covid-19 hit. Nowadays the business is about a third of the pre-Covid level and is limited to local traffic. “There is no tourism worth mentioning in Singapore. So we fight. And we will keep fighting, ”he said. “Singapore as a country has done very well in the fight against the disease,” but “I think Macau will recover faster.”

Asia isn’t the only company that has Goldstein’s eye, however. He also sees promising results in digital gaming. “The future of the digital is undeniable. Whether it’s Zynga, Fortress, and Social Gaming, whether it’s casino games, whether it’s Pay-to-Play or Pay-for-Fun, we’ll look at all of them. We’re going to build a team to take part, ”said Goldstein. “Some of these woodworking companies have an EBITA of between $ 200 million and $ 300 million. Your value is as high as we are and we generate an EBITA of 5 to 6 billion US dollars. The multiples are better, the potential for growth is better, and unlike land-based (operations), you don’t have to wait 20 years for a government to say, “Yeah, you can go in there and build the buildings.” It’s pretty compelling. “He sees promise for digital business in the US, Europe and South America.

Regarding the digital business, Goldstein acknowledged that Las Vegas Sands “got off to a slow start on moral grounds. Sheldon had an interesting take on it. He felt that young and poor people would be very vulnerable, and he was very much against it. But later in life he found that with geo-ring fencing and the right use of technology, you can protect customers better than on land. He became a believer, ”he said. The question is, “How do we get there?”

And Goldstein intends to bring Adelson’s defining style to the Las Vegas Sands digital push. “I think if Sheldon sat here today he would shake his head and say, yes, as long as you can protect the vulnerable, we’re going to be aggressive. That’s our plan, ”said Goldstein. “We’re not interested in being half-players. We go in, we go all the way – with capital, people engagement, and an unconditional commitment to be successful, be it digital or land-based. ”

Las Vegas Police are investigating human remains in the backyard