Which building is better, the duck or the ornate shed? More importantly, what type of architecture does the average American prefer? In their seminal 1972 publication Learning From Las Vegas, Denise Scott Brown and Robert Venturi explored these questions by turning away from paternalistic modernism in favor of the bright, overt kitsch and symbolic mecca of the Las Vegas Strip. From a chance encounter during a meeting at the University of Pennsylvania’s Library of Fine Arts, to joint trips to the Strip, to the critical design of a new generation of architects, discover in this latest episode of. the hidden details of romance and the city that defined postmodernism are 99% invisible.

After a secret interaction after meeting to discuss the destruction of the 1890s Library of Fine Arts at the University of Pensilvania, where Scott Brown and Venturi taught, the two discovered a shared interest in the historical and the ornamental. Both loved decorative architecture and soon began to share research and even teaching with each other. After moving from the University of Pennsylvania to Berkley, Scott Brown stumbled upon the neon sea of ​​the Las Vegas Strip. “‘Is that love or is that hate?” Scott Brown remembers asking himself. “Las Vegas was a place people voted for with their feet … hey went there in droves.” In 1966 she invited Venturi to visit.

The couple spent four days taking pictures, driving the Strip, and eventually falling in love. Scott Brown would eventually propose Venturi and return to the east coast, where they would take up both positions at Yale. Still in love with the city, Scott Brown and Venturi planned a twelve-week studio in Las Vegas, taking notes, doing interviews, drawing cards, taking photos, walking the Strip, and attending casino openings. 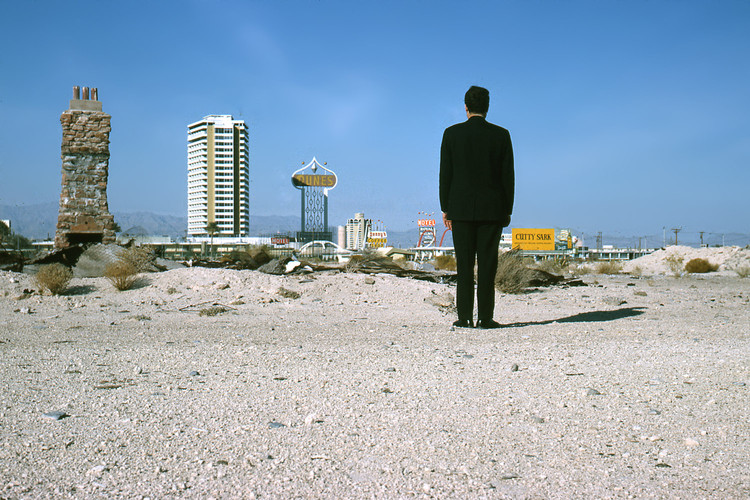 Scott Brown and Venturi, with the help of teaching assistant Steven Izenour, put their students’ work together in 1972 to shape the groundbreaking Learning from Las Vegas. Her book challenged architects to step out of their corporate storms and consider the everyday places people enjoy to embrace Main Street instead of the Champs-Élysées.

Perhaps the most famous inclusion in the publications was the discussion of the duck and the ornate shed – a symbolic building erected from a modernist block that needed signage to express its meaning. Venturi and Scott Brown wanted to make buildings legible. Therefore, not every building needed a sign or a symbolic form, but urgently needed communication beyond the powerless, glazed, modernist tower that filled American cities.

While the book was a call to the postmodern movement that followed, Scott Brown noted that learning from Las Vegas is less about the Strip itself and more about critically examining everyday life. But maybe you could say that the book is as much about architecture as it is about love.

Find out more about this postmodern love story and the city it helped shape in 99% Invisible’s latest survey here.

99% Invisible examines the utopian and dystopian stories of the Bijlmermeer

How can we plan a better city? The answer has puzzled architects and urban planners since the industrial city was born. One attempt to answer that came in the form of a spectacular modernist proposal outside Amsterdam called the Bijlmermeer. And as a new two-part episode of 99% Invisible shows, it failed miserably.