Timeline of key developments in the Food and Drug Administration’s investigation of Real Water in Las Vegas:

– A Las Vegas family files a lawsuit in Clark County against the local company that bottles Real Water the same day the FDA announced an investigation into a possible hepatitis outbreak related to the product.

– The FDA announced that it was recently notified of five cases of acute non-viral hepatitis causing liver failure in infants and children from November. Six other people, including three children, reported less severe symptoms such as vomiting, nausea, loss of appetite, and fatigue.

“So far, it has been found that consumption of ‘Real Water’ branded alkaline water is the only common association between all cases,” said a press release from the Southern Nevada Health District.

– Tina Hartshorn says she suffered a long list of serious symptoms that resulted in her being hospitalized for nine days last fall, and she attributes her illness to Real Water in a second lawsuit against the company. Other lawsuits are being filed and attorneys say they make dozens of calls and interview potential clients.

The FDA also warned consumers, restaurants, and retailers not to drink, cook, sell, or serve the product.

– Five people who claim they got sick after drinking Real Water, including a man who had a liver transplant, filed a joint lawsuit in Las Vegas.

– Three California women are bringing a federal lawsuit against the maker of Real Water. 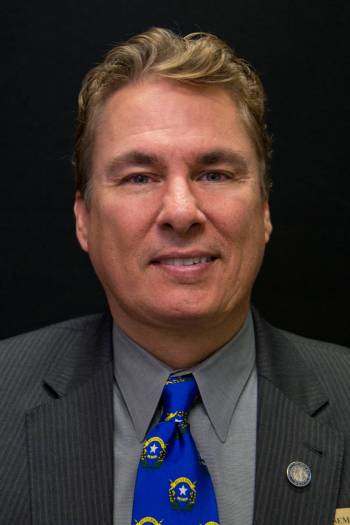 – Real Water President Brent Jones posted a video on the company’s website saying he was cooperating with the FDA investigation.

– A new lawsuit alleges a Las Vegas family suffered “catastrophic poisoning” after exposure to unidentified toxins in Real Water. According to the complaint, 5-year-old Hera Carrier had liver dysfunction in November and continued medical problems.

In the spring and summer, her father, Ryan Carrier, battled fatigue, drowsiness, and vomiting. The family claims they have been a long-time customer and have had the product regularly delivered to their homes in 5-gallon jugs and smaller bottles, while also purchasing bottles from Whole Foods.

– Stephan Bonnar, UFC Hall of Famer, suffered liver failure and was hospitalized for five days after drinking Real Water. This emerges from another lawsuit, which is one of at least six lawsuits filed against the company. The same complaint alleges that a local woman, Cheryl Nally, was hospitalized with liver failure, her family dog, Buckley Real Water, drank and died.

Another woman suffered a stroke and was also hospitalized with liver failure, according to a lawsuit from the law firm Kemp Jones.

– The FDA announces that the maker of Real Water is not partnering with a federal investigation into cases of illness and liver failure related to the alkaline water.

A special weekend illuminates the historic architecture in Las Vegas